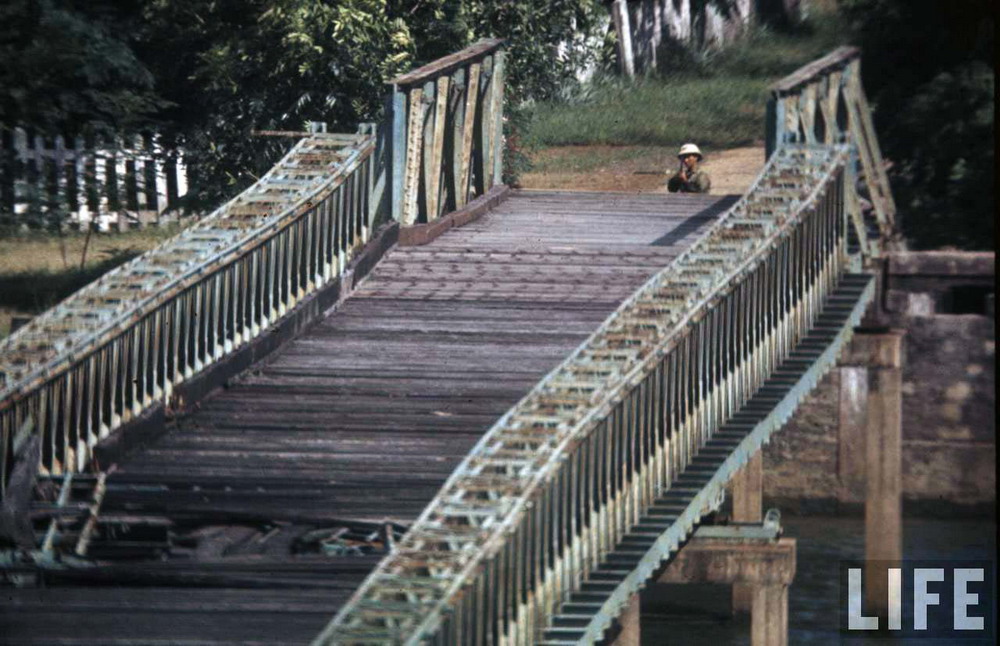 OVERVIEW
The Demilitarized Zone (DMZ) was the site of some of the fiercest and bloodiest battles during the American War and a tour through this historic region is an informative glimpse in to the war time history. From Hue travel north to visit underground tunnels and bunkers, cross infamous battle sites, and pass tranquil villages as you discover the DMZ.

1. THE STREET OF HORROR – STREET WITHOUT JOY

The South Vietnam lost its Quang Tri Province on May 1st, 1972. There was only one exit out of the bulge: the National Highway No. 1. On this day, the ARVN fled the city and abandoned their posts. Thousands of innocent people who had also been abandoned found their escape in the same line as soldiers.

Unfortunately, the bridge Truong Phuoc in front of them has been blown up. And the bridge Ben Da behind them has also been knocked down by the VC. Finally, countless amount of shells and mortars exploded right on the civilians’ heads.

60 days later on July 1st, I was one of the first two combat–photographers (with DKT) to cross the Truong Phuoc River and witnessed too many stinking bodies of children among adults; some of them still have their arm around the toy, or holding their mothers shirts. At the sad moment, I called my editorial office in Saigon and named this “THE STREET OF HORROR”.

The church has remained untouched and basically remains as it was immediately after the bombings occurred. which was a battlefield in 1972 between North and South Vietnam for 81 days and nights.

One of the old the backbone of the “eagle eyes ofamerica” electronic monitoring fence.

Here is the must see of DMZ tour

Vinh Moc (Vịnh Mốc) is a tunnel complex in Quảng Trị, Vietnam. During the Vietnam War it was strategically located on the border ofNorth Vietnam and South Vietnam. The tunnels were built to shelter people from the intense bombing of Son Trung and Son Ha communes in Vinh Linh county of Quảng Trị Province in the Vietnamese Demilitarized Zone. The American forces believed the villagers of Vinh Moc were supplying food and armaments to the North Vietnemese garrison on the island of Con Co which was in turn hindering the American bombers on their way to bomb Hanoi. The idea was to force the villagers of Vinh Moc to leave the area but as is typical in Vietnam there was nowhere else to go. The villagers initially dug the tunnels to move their village 10 metres underground but the American forces designed bombs that burrowed down 10 metres. Eventually against these odds, the villagers moved the village to a depth of 30 metres. It was constructed in several stages beginning in 1966 and used until early 1972. The complex grew to include wells, kitchens, rooms for each family and spaces for healthcare. Around 60 families lived in the tunnels; as many as 17 children were born inside the tunnels.

Then, you will back to Hue city in the afternoon. Finish the tour.

May 1, 1972 will never be forgotten by people in Quang Tri and Thua Thien provinces , but because the horrible carnage on the Vietnam Highway 1 about ten kilometers south of Quang Tri City.

The church has remained untouched and basically remains as it was immediately after the bombings occurred.which was a battlefield in 1972 between North and South Vietnam for 81 days and nights.

It crosses the Ben Hai River at the middle of the DMZ and marks the former border between North and South Vietnam from 1954 to 1972 when the North Vietnamese Army captured Dong Ha town in the 1972 Easter Offensive and pushed the border to the Thach han river in Quang Tri town, some 20 miles further south. During the partition of Vietnam, the bridge was painted with the two different colors. There is a monument on the north side.

is a tunnel complex in Quang Tri, Vietnam. During the Vietnam War it was strategically located on the border of North Vietnam and South Vietnam. The tunnels were built to shelter people from the intense bombing of Son Trung and Son Ha communes in Vinh Linh county of Quang Tri Province in the Vietnamese Demilitarized Zone. It was constructed in several stages beginning in 1966 and used until early 1972.

The Hill was a Marine outpost built on top of a huge outcropping. Though it’s inaccessible, it’s a prominent sight from the highway.

It is midway along Highway 9, and is the starting point of Highway 15, one of the main branches of the Ho Chi Minh Trail, which leads south to the A Shau valley and the infamous “Hamburger Hill”. Though not entirely legitimate, there is a monument commemorating it as a point on the Ho Chi Minh Trail, (calledĐường Trường Sơn in Vietnam).

just east of the Lao border, was the site of a U.S. base which fell under attack in early 1968. The attack of the NVA on Khe Sanh was a diversion for the 1968 Tet Offensive in the south. The old airfield of red dirt still remains.

* You will back to Hue city later afternoon. Finish the tour.

* TO GET THE BEST PRICE, PLEASE CONTACT US VIA EMAIL: info@hueprivatetransfers.com